“Local rainfall amounts of 50 inches would exceed any previous Texas rainfall record. The breadth and intensity of this rainfall are beyond anything experienced before,” said a statement from the National Weather Service. “Catastrophic flooding is now underway and expected to continue for several days. ” (In years of weather reporting, I have never seen a statement this blunt and ominous.) (The Atlantic) 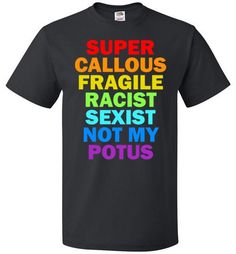 …or whether you didn’t, Texas is reaping the karma if this and other past decisions.

Houston has been ground zero for super-damaging storms lately. It has seen four 100-year flooding events since the spring of 2015…

This destruction is a window into the future of climate change. This is what happens when humanity fails to either meaningfully restrict greenhouse gas emissions or prepare for the damage that is certainly coming.

Now, before the inevitable pedant brigade pounces in, that doesn’t mean Harvey was definitely caused by climate change. Global temperatures have only markedly increased for a few decades, and extreme weather events are rare and random by definition. It will take many more years for enough data to be collected to be able to establish causality.

Scientists like Emanuel prefer to speak about climate-related factors that can worsen hurricanes, like Harvey, in specific ways — and about the ways in which certain attributes of Harvey seem consistent with what to expect, more generally, in a warming climate, even if they can’t be causally attributed to it.

Perhaps Harvey, hitting hard in the conservative Gulf Coast of Texas, in the nation’s center of the oil business — which has funded climate change denial to the tune of hundreds of millions of dollars in the past decade — will turn the tide.

Responding to massive flooding and the threat of climate change in the 1990s, leaders in the Netherlands, where much of the country is under sea level, have been waging a battle that would look foreign in St. Louis or Houston. They don’t build more levees, they give the water room to roam. They don’t curse climate change, they embrace it.

A few years ago a hurricane wiped out parts of New York. I saw the results of the same storm on Chincoteague Island VA. Protected by an outlying barrier island and functional, healthy salt marshes and bays, Chincoteague boarded up windows, watched the water rise, and fall, a few trees fell (shallow rooted loblolly pines in sandy soil), and they went on. NY was devastated. On Chincoteague, the brunt of the storm was taken by the barrier island of Assateague, and the marshes did the rest.

Had a nice insightful discussion yesterday with a PhD who works in the environmental field… hopefully our local goverments and .orgs and on the ground doers and thinkers are going to circumvent the moronity and git’er done. That means getting people out of coal and into renewable energy. That means finding ways to make the renewable more doable (solar and wind are intermittent, how do we work this into the electrical grid? They’re workin on it). This means telling the corporate greedies to shut the (bleeeeeeeep) up and get over it. To put everyone’s energy into things that make scientific, environmental and humanitarian sense.

Where are the Avengers when you need them… PS: might I remind you that Thor originated in Norse myth as a sky god; thunder, lightning, rain… but in the right amounts to fertilize the Earth Mother. He, like most myths, might have been inspired by any number of real people local villagers knew (the big good hearted red headed farmer/viking with the loud laugh, for instance), all melding into an archetype that everyone recognized, an archetype that illuminated an understanding of the peoples’ relationship with weather and earth. Contemplate that for a minute… the idea of being in harmony, in balance with the earth and the elements. That’s what these mythic characters stood for, and that’s what we need more of today.

and maybe this is hopeful…

And the irony, of course, is that it’s the voters who helped inject Trump’s climate skepticism into the federal government who will endure the brunt of the consequences,despite believing otherwise. A June study in Sciencefound that southern and mid-Atlantic states—Trump-leaning places like Texas, Louisiana, Alabama, Arkansas, South Carolina, and Mississippi—could experience GDP losses of up to 28 percent, lower productivity, lower agricultural yields, and increases in mortality rates as a result of climate-related weather events through the end of the century.

Should all that happen, a legislative agenda that leans heavily on climate skepticism probably won’t look too appealing to voters.