A musing on the inaccuracies of the Holidaze and cultural stereotypes

At this time of year, craft stores go from wall-to-wall orange to Glitterland.

The fall foliage fades and is replaced by glittery greens.

Halloween ghoulies are packed up and replaced by equally creepy Elf on the Shelf. (suuuuuuuurrrre , I want a weird little gnomish spy scoping out my kids…).

Let me remind you what Elves are…

In between the ghouls and glitter lurks a bit of Thanksgiving kitsch, some of it serene and serious, some of it outright cartoony. Some just over the top ridiculous… 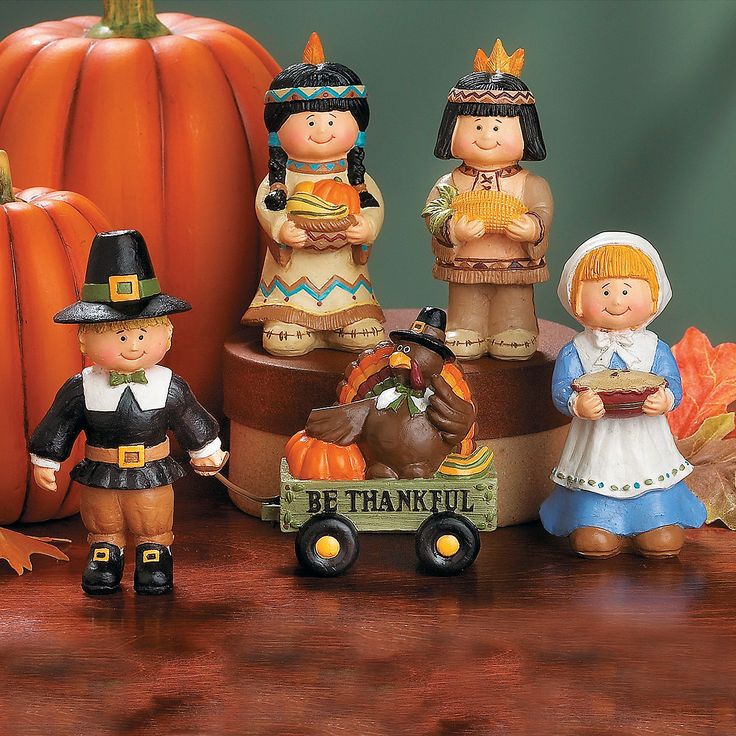 I doubt the pilgrims are all that accurate either.

One craft store I know has “greeters”, three foot dolls that stand by your door and greet guests. There are Pilgrims and Indians. The pilgrims are wearing stuff that is maybe vaguely Something Your Grandmother Wore, and the “Indians” are of an indeterminate tribe.  Also…pale.

OK, this one is all Hummely and serious but… isn’t that a sort of vaguely western Plains headress, I mean, did they hike a thousand miles for a feast? Also…pale.

A moment on google finds that the Indigenous People who came to the first Thanksgiving were Wampanoag, and they brought five deer. Bambi is tasty, and still plentiful around here to this day.

They would also have had:

…onions, beans, lettuce, spinach, cabbage, carrots and perhaps peas. Corn, which records show was plentiful at the first harvest, might also have been served, but not in the way most people enjoy it now. In those days, the corn would have been removed from the cob and turned into cornmeal, which was then boiled and pounded into a thick corn mush or porridge that was occasionally sweetened with molasses.

And seafood and various indigenous berries and fruits and nuts.

Back to those Wampanoag. Wiki says:

They’re part of the group of people called Algonquian. The tribal name means, literally, People of the Dawn. Living on the eastern seacoast, they’d be the first people to see the sun come up out of the sea.

The Wampanoag, like many indigenous peoples of the Northeastern Woodlands, have a matrilineal system, in which women controlled property (in this case, the home and its belongings, as well as some rights to plots within communal land), and hereditary status was passed through the maternal line. They were also matrifocal: when a young couple married, they lived with the woman’s family. Women elders could approve selection of chiefs or sachems. Men acted in most of the political roles for relations with other bands and tribes, as well as warfare. Women with claims to specific plots of land used for farming or hunting passed those claims to their female descendants, regardless of their marital status.

A man named  Tisquantum was crucial in the survival of those first Pilgrims. He’s often remembered and Anglicized as Squanto:

Early contacts between the Wampanoag and Europeans date from the 16th century, when European merchant vessels and fishing boats traveled along the coast of present-day New England. Captains of merchant vessels captured Native Americans and sold them as slaves in order to increase their earnings. For example, Captain Thomas Hunt captured several Wampanoag in 1614. After his return to Europe, he sold them in Spain as slaves. A Patuxet named Tisquantum (or Squanto) was bought by Spanish monks, who attempted to convert him before eventually setting him free.

Tisquantum boarded an English ship to accompany an expedition to Newfoundland as an interpreter. From Newfoundland, he made his way back to his homeland in 1619, only to discover that the entire Patuxet tribe — and with them, his family — had fallen victim to an epidemic.[16]

In 1620, religious refugees from England, known popularly as the Pilgrims, arrived in present-day Plymouth. Tisquantum and other Wampanoag taught the newly arrived settlers how to cultivate the varieties of corn, squash and beans (the Three Sisters) that flourished in New England, as well as how to catch and process fish and collect seafood. They enabled the English pilgrims to survive their first winters.

The Wampanoag are still here, and many are reviving their language and culture after centuries of being destroyed by European based cultures.

The Wampanoag lived with a close spiritual connection to the land. They believed that the Creator made their People out of the Earth and the trees, with whom they shared the breath of Life. When they went to gather what they needed from the Earth to build their homes, they connected with Mother Earth and gave thanks for what they gathered.

The Pilgrims themselves were were a group of people from Babworth, East Retford, and Nottinghamshire, England who came together around 1600. They were one of many groups who came to the Americas seeking religious freedom.

I mean, seriously, look here, this was the climate of the time…

In England, it was illegal to attend any church other than the Church of England. Each missed Sunday and holy day brought about fines. Conducting services brought imprisonment and fines.

The Pilgrims had many many obstacles to overcome to find freedom in a new world, this article is a short, interesting read on that…

The first Thanksgiving was in 1621 in honor of the Pilgrims’ first successful harvest. It was a three day festival.  Of course many people would have had to travel, and travel took time.

Meanwhile, Indigenous tribes were decimated by disease, war, being pushed off their land, etc. Just go read some real history.

They may or may not have been at that first thanksgiving. They were certainly instrumental in the colonists’ survival, both in Pilgrim land and in Jamestown. They absolutely had their own culture of being thankful for the gifts of the harvest, of the natural world and of life in general. And they still practice that spirit of thanksgiving.

I’ve had the honor of sharing a few Thanksgivings with Native people. I was struck by the contrast between the reality of “Thanksgiving with the Indians” and the dopey kitsch we’ve built up around this holiday. The reality is a rainbow of cultures that have survived history, that have rediscovered their languages, their traditions, music, dance, art, spirituality. Some, like the Hawaiians who built the oceanic voyaging canoe Hokule’a, have reinvented the technology of their ancestors to show the great achievements of those people, and to inspire new generations of Indigenous peoples all around the world. There are, here in the east, still the Three Sisters: corn, beans, squash. There is drumming and dancing, sometimes in full regalia, sometimes with just a dance shawl or fan, giveaways (where things you don’t need are shared). And there is food food food, just like anybody’s grandma’s house. Some of the old people might say they’re “Indian”, that’s what it was in a certain time. Most people will identify themselves as Dakota or Onondaga or Haliwa Saponi or other specific tribes.

So,as you prepare your turkey and pumpkin pie, remember both the real Pilgrims and their struggle for religious freedom… it applies heavily to issues of today… and the Indigenous people whose past achievements are part of the vast tapestry of Awesome Stuff Humans Did (um, democracy anyone? I think it was more Haudeenosaunee than Greek who influenced America)(look it up).

And in those places where real human beings are in need, be an ally. 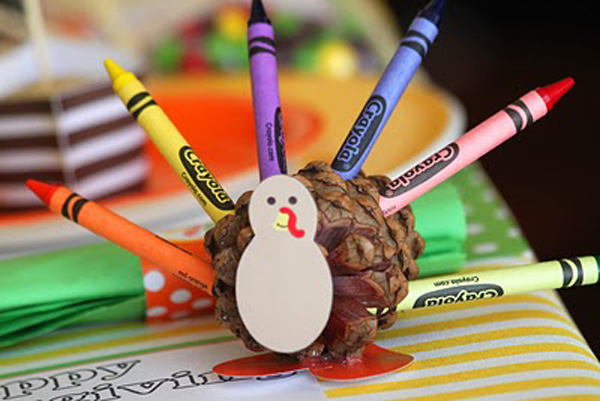 And the Pilgrims probably had Dorking Fowl…

When a bunch of white guys in Disney did Moana, they got a cultural alliance of Polynesian people to advise them. Still directed by white guys, but pretty good. Not Smoke Signals, or Whale Rider, but they were as accurate as Disney could be and still be Disney. I personally loved the movie and think it might get a lot of kids of all backgrounds interested in exploring Polynesian cultures farther.

In a neat inversion of that, the latest Thor film, Ragnarok (a Marvel Comics take on Norse mythology) is directed by… Taika David Waititi, who is (wait for it…) Polynesian. Specifically Maori of New Zealand, more specifically: His father is Māori of Te Whānau-ā-Apanui and his mother is of Russian Jewish heritage. He also wrote the initial screenplay for Moana…

Just thought you should know.

In the category of stereotypes, I give you this… 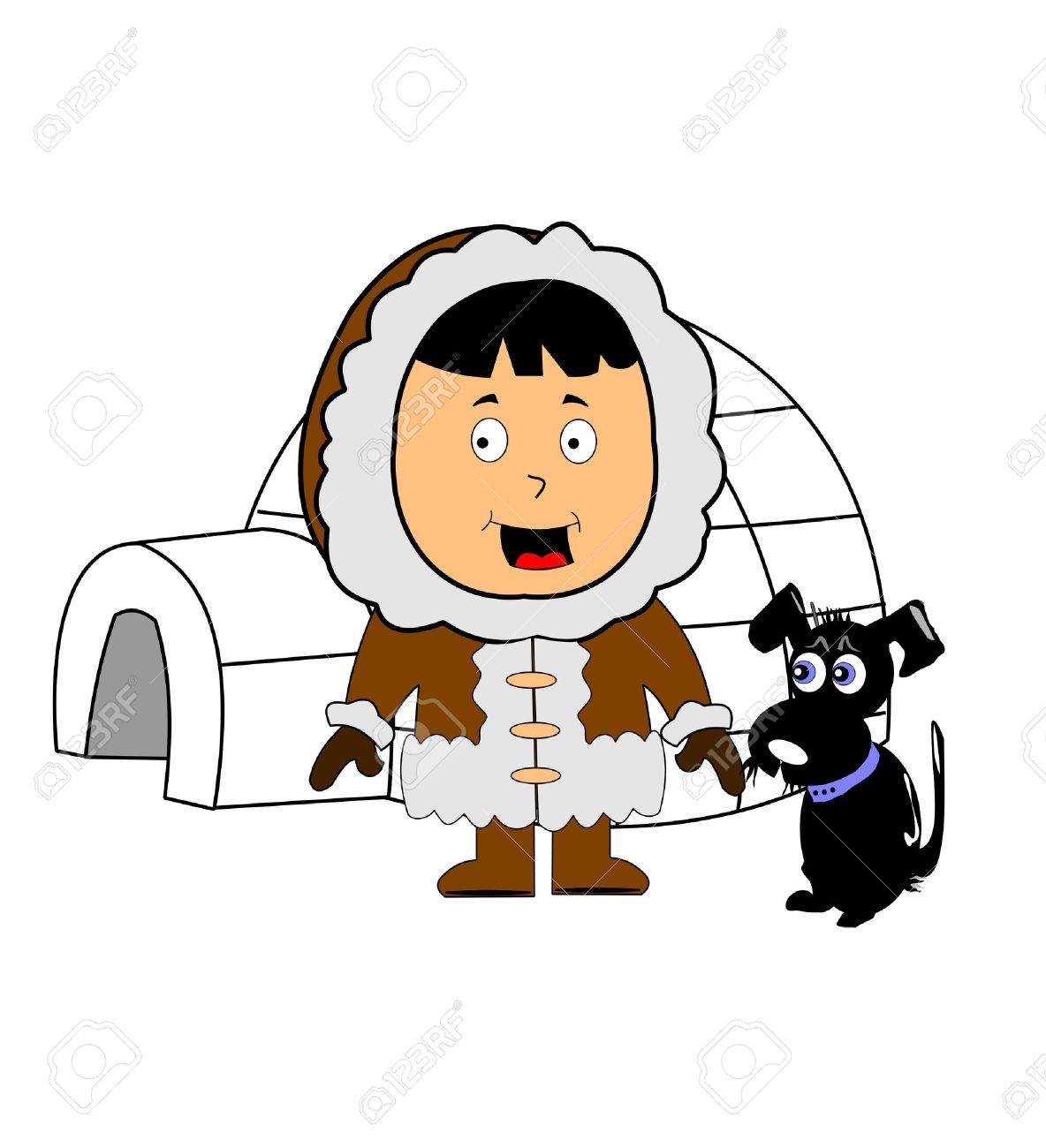 ummmmm, not even a northern dog there…

…are a group of tribes scattered across the arctic from Siberia to Greenland. For millennia, they have somehow thrived in the most insane climate on earth.

“Inuit” only refers to a few tribes. There are many others. Most peoples’ name for themselves means something like “the people”. 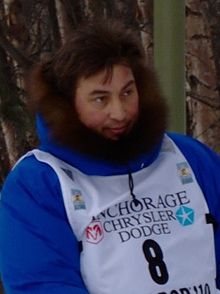 John Baker was born in Kotzebue AK, and is Inupiat. He’s also a pilot and motivational speaker.

Michael Williams Jr. who has run the Iditarod many times.

…who studied counseling, is a musher since birth, a veteran of the Army, and runs the 1000 mile epic race for a cause he believes in: sobriety. They’re “Yupiaq Peoples of Western Alaska”.

Then there’s the time… stopped at a red light in Cambridge MD, on the way home from vacation, I smell fire. A guy on a motorcycle waves frantically at me… uh, yeah, it’s me.

Meanwhile, back at the hotel, a nice lady and I have a conversation.

“My husband can fix that.”

He and his friend do. Which is how I was rescued by Eskimos.

He grew up on St. Lawrence IS. AK, which is really closer to Russia than to Alaska. The people there are Yupik. How he came to be in Maryland is a tale many people can tell. Of how the places they belonged to  (the land doesn’t belong to us, we belong to the land) no longer support a livelihood, of how they must travel to far places for work and survival.

It’s the human story, we no longer can live in a place, and we go across the sea, or across a continent to find a new world. Most of our ancestors have this tale. America is built on immigrants. Even the First People walked across a land bridge, or maybe used boats.

So yeah, next time you see a portrayal of someone from an unfamiliar culture… make it a bit more familiar, do some research. Then Nerf Mjolnir to the stereotypes.