He finally says “pick an eye!” And complains about how it’s impossible to have a conversation and eat someone when they can’t focus on one of your giant eyeballs.

I feel like that in life a lot of the time. So many things to focus on. So many issues to solve. So many disasters: climate change, sinking islands (rising seas), vanishing species, overpopulating humans, the trumpocalypse, snotty little regimes run by whiny toddlers, the pursuit of $$$$ at all costs, the pursuit of fossil fuels at all costs, fleeing refugees, islands erased by hurricanes who we’ve forgotten are actually part of America, fleeing refugees…

Sometimes I even gotta turn off NPR.

But yeah, be informed, be intelligent, be open minded…

But it isn’t all your problem.

Do a little thing.

I often feel exhausted with my own crap right now. I have no extra money.

Yeah. maybe there is some little thing I can do anyway. today… or tomorrow, but I can.

Tamatoa was voiced by the inimitable Jemaine Clement, who often partners with the other genius of Taika Waititi, who directed Thor Ragnarok, and some pretty good stuff of his own (Oh just watch Boy and Hunt for the Wilderpeople). They are both from New Zealand, both storytelling geniuses. Both have Maori ancestry, you know, those insanely genius people who took sailing canoes across the trackless Pacific thousands of years ago… like in Moana. Tamatoa in the film was based on coconut crabs. Not quite THAT big but disconcertingly large anyway. 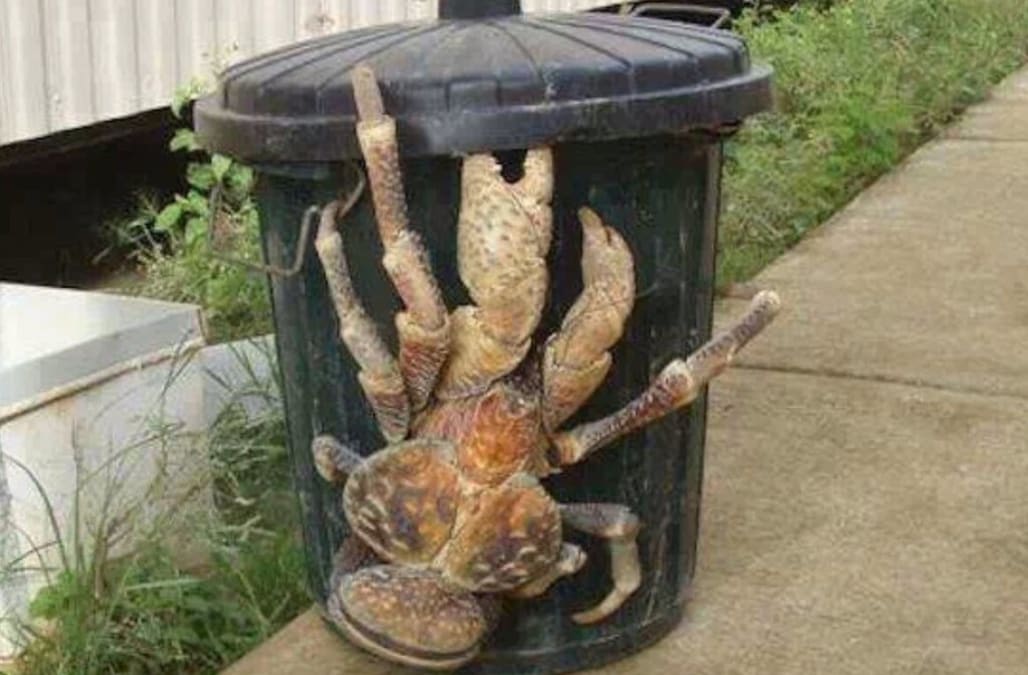 …as in largest land dwelling arthropod. Also endangered (because, tasty).

How would you even get a pot that big…